Alumni Spotlight: Renzo launches from MLC into a filmmaking career 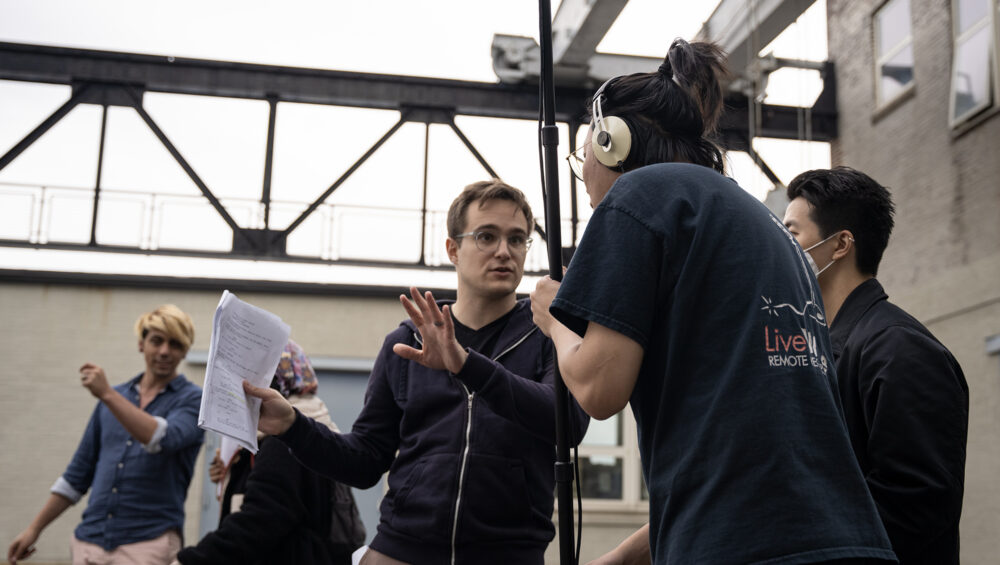 Renzo has been involved in digital media creation since he was only 13 years old. He has just finished his Associate Degree at the Borough of Manhattan Community College (BMCC) in Fall 2022. “Possibly I would go to New York University (NYU) and finish my Bachelor Degree in filmmaking in the next couple of years,” he said. Renzo is a GUIDE Finalist, a program that prepares high-achieving students at BMCC to study at NYU Gallatin with a possible scholarship.

Back in 2019, he immigrated to the US to live with his partner who is from Michigan. Renzo didn’t speak any English at that time, so he decided to focus on learning English that year and studied at MLC from February to November.

“Actually, I was not interested in going to a college when I enrolled in MLC,” he said. “Having a college degree didn’t mean much when I was in Argentina. However, I moved to New York City in 2020 and experienced the Covid-19 pandemic, which made me think a lot about my future career as a filmmaker.”

Renzo says his learning experience at MLC contributed to building his academic career in college. “I could learn the important basic tools at MLC: how to write and structure essays, and how to communicate with people in a multicultural setting. These are still very useful skills because I need to use English everywhere at school, filmmaking, and my own projects.”

The short documentary film, “Talk Louder”, is based on his interview with a holocaust survivor who was not ready to talk about his experience for a long time. This film showcases how Renzo did an amazing job eliciting vivid stories from interviewees. Renzo’s outstanding skill of interviewing people was already apparent when he was a student at MLC. When he was in the Writing class, he planned the creation of an MLC magazine (*) and decided to interview the Mayor of the City of Ann Arbor for one of the articles. He got a response back from the mayor and succeeded in interviewing him. His positive and passionate attitude about creating the best content impressed MLC teachers, staff, and other students.
*This MLC magazine by MLC students is available here.

“MLC was not just a place to learn English for me,” he said. “It was about the community. It was about understanding other cultures and being a part of the community.” Renzo’s passion for  supporting minority groups drove him to create the award-winning film about the Holocaust survivor. “I want to help the minority groups such as immigrants and LGBTQ+ communities through my art of filmmaking.”

MLC is so glad that we could help Renzo build the language tools and skills needed to accomplish his amazing goals! The film “Talk Louder” is available to watch on Jewzy.tv.