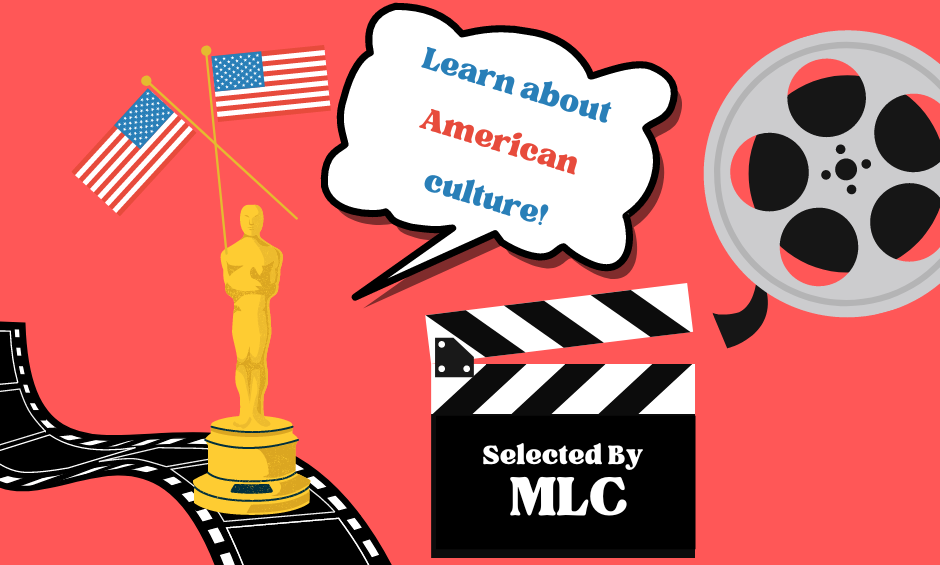 Many American films and TV series represent American culture and history. MLC instructors and staff selected the greatest ones for international students to learn more about American culture! Now are you ready to grab a large size popcorn?! 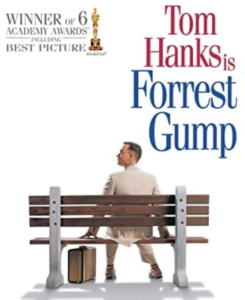 “This movie follows the life of a man from Alabama named Forrest Gump from the 1950s to the 1980s. From Forrest’s point of view, we get to see many of the major events that shaped U.S. culture during this time, including the desegregation of schools, the Vietnam War, anti-war protests, the hippie movement, the Watergate Scandal, and more.” – Academic Director, Claire

“This is a great historical fictional movie that covers events from the 1950’s-1980’s.” – Instructor, Melissa

The Blind Side  #2 Recommended Movie by MLC instructors and staff! 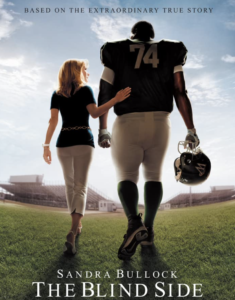 “This movie is based on a true story about an African American teen ager who’s in foster care and is noticed by a mother of a upper middle class white family. The teen overcomes his challenging start in life with the help of this family and goes on to play football for the National Football League. There is a “must-see” Thanksgiving scene, according to Wikipedia; however, I just remember a very heart-warming story starring Sandra Bullock. Most of the movie takes place in Memphis, Tennessee.” – Instructor, Julie Dean

“This is a fun and touching movie based on a true story about a homeless teenager who was adopted by a family, and become a professional American football player. It will also give a glimpse into football, which is a big part of American culture!” – COO, Julie Lee 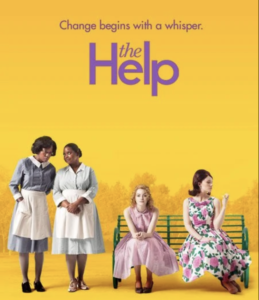 “This is a dramatic comedy that takes place during the Civil Rights movement in America. It is about a young white female journalist who writes about the lives of black domestic workers. It is a glimpse into recent American history that is important to learn and understand.” – COO, Julie Lee

Dr. Strangelove or: How I Learned to Stop Worrying and Love the Bomb 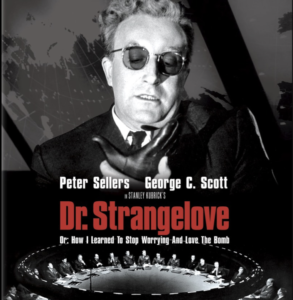 “This is one of my favorite films. In no way is this a new film, it was released in 1964, but many of the themes presented in the film are nearly as relevant now as they were in the 60s. The film hypothesizes if we were to accidentally set of a nuclear armageddon. The film shows off the ‘dark humor,’ which is common in many American shows, movies, plays, books, etc. ‘Dark humor’ is a macabre form of humor which focuses on the darker elements of life and existence opposed to say the slap stick shenanigans of a ‘Mr. Bean’ experience. This humor is integral aspect of how Americans, as a whole, think of humor as a medium. The film is beautifully shot with excellent cinematography. The acting is also superb.” – Instructor, Josh 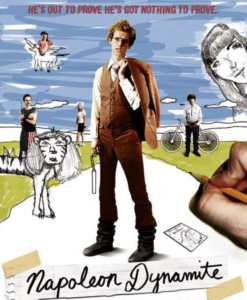 “A look at the non-rich life of an American teenager: being raised by his grandmother, he has trouble in school and hates it. He becomes friends with Pedro and Deborah, also outcasts. Pedro runs for class president. Napoleon’s brother meets his girlfriend online. It’s an easy movie to follow, and the story of friendship and perseverance is sweet.” – Instructor, Catherine 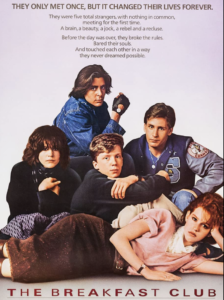 “This classic 1980s film follows five high school students during their Saturday detention. At first, the five students seem to have nothing in common, but by the end of the day, they are united by the struggles that affect every American teenager, such as peer pressure and parental expectations. It’s an interesting look at stereotypes in American high schools.” – Academic Director, Claire 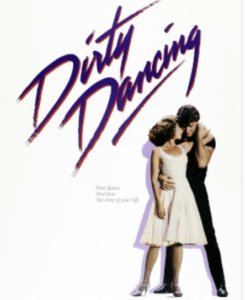 “A historical fictional movie infused with dancing that highlights family and cultural issues in the 1960’s.” – Instructor, Melissa

If Beale Street Could Talk 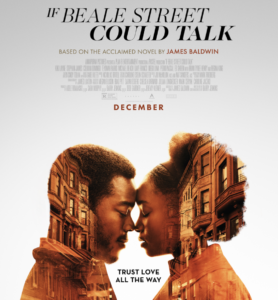 “This film is about a young Black couple who fell in love, and their story in New York City. It’s not a happy story, but it’s a compelling one, and easy to follow. Wonderful acting.” – Instructor, Catherine 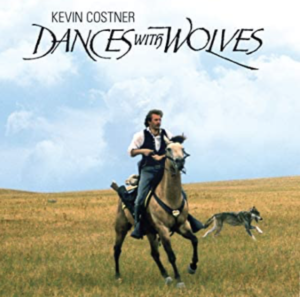 “You need to include a movie about the West, cowboy country– this one takes place in western South Dakota. This movie is based on a novel about a soldier during the civil war (1863) who moves to a fort in American Indian country. The story is about how the soldier creates relationships and learns to understand and value the American Indian people. Kevin Costner stars in the movie and produced it. He received an award from the Lakota Indian tribe for his contribution to helping increase the knowledge about American Indian culture.” – Instructor, Julie 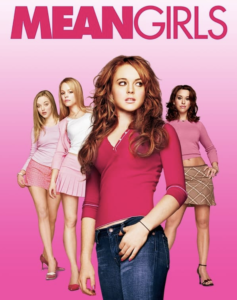 “This is a very fun movie that depicts the typical American teenage (high school) experience in an exaggerated, comical way.” – COO, Julie 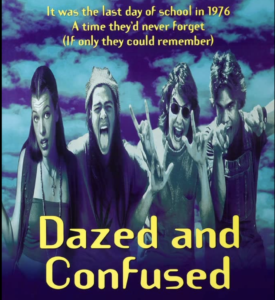 “This is an early 90s movie about being a teen in America in the mid 70s. It follows the lives of highschool students on the first day of summer. The interpersonal relationships between the students feels very real and is a good representation of the social dynamics of many highschool students, at least up through my time in highschool. Outside of that, it is just a fun and engaging movie. The director is Richard Linklater, who excels at telling slice of life stories of ‘regular Americans.'” – Instructor, Josh 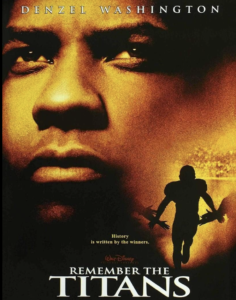 “Taking place in the early 1970s in Virginia, this film tells the true story of Herman Boone, who was assigned to coach the football team at a high school that had recently been integrated. It’s an inspiring story of overcoming racial tension and achieving victory on the football field. Plus it has an excellent soundtrack!” – Academic Director, Claire 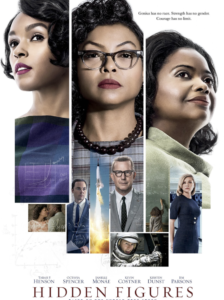 “A historical drama highlighting the women who worked behind the scenes at NASA helping to get the first men to the moon.” – Instructor, Melissa 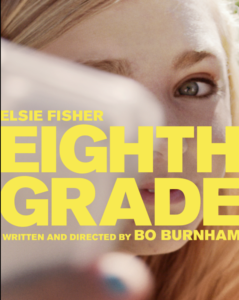 “An awkward, lonely girl suffers through 8th grade, texting and using social media to try to make friends. Everyone can understand how she feels.” – Instructor, Catherine

“This series features a small town in Texas , a football coach, his family and the high school. It deals with many issues of contemporary American culture such as family values as well as the challenges faced by society. It feels very American to me, especially the American Football part!” -Instructor, Julie 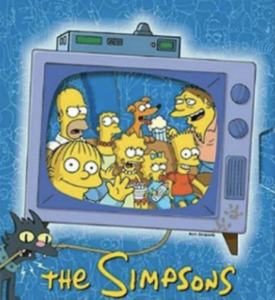 “This show is one that many of you are probably familiar with to some extent. These early seasons from the 90s are considered by many as the ‘Golden Age’ of the Simpsons. The humor and satire on this show are excellent. In general, the Simpsons sprinkle tons of pop culture references that will give non-American viewers a good backbone of knowledge to start absorbing and better understand the minutiae of American pop culture, which will, in general, give them a bit more foundation for understanding America.” – Instructor, Josh

Hope you find a movie or series that interest you! MLC offers multiple events that include movie night. To find more about MLC outside the classroom activities, follow MLC Instagram and Facebook!